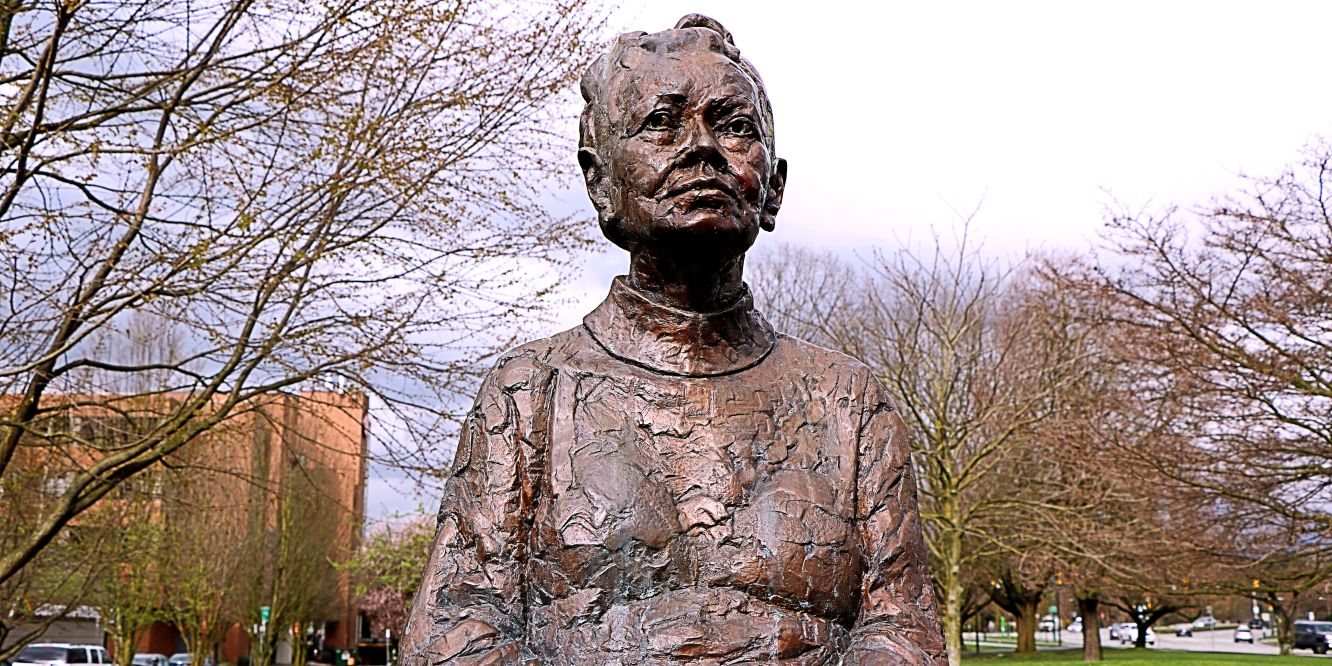 Today, I celebrated International Women’s Day by visiting Kinuko Laskey.  Even though she moved on from this existence on November 3, 2004, I feel her presence and fierce courage every time I stop by her memorial sculpture situated in Seaforth Peace Park, Vancouver.  The noise of traffic ebbs and flows in the background, yet there is a quiet solitude that welcomes those who pass by.

Kinuko Laskey’s journey was not for the faint of heart.  She was a “hibakusha”, the Japanese word to describe the victims of the 1945 atomic bombings of Hiroshima and Nagasaki.  Despite her physical injuries, she believed that peace was the only pathway for humanity.

Kinuko Laskey was a sixteen-year-old student nurse who survived the atomic bombing of Hiroshima. She moved to Vancouver in 1953. For many years she was unable to speak of her experience. In 1982 she broke her silence and began what became a lifelong work as a peace educator and activist. This bust honours Kinuko’s life and her work.

Sponsor: Vancouver and District Labour Council is proud to dedicate this monument to Kinuko Laskey’s memory 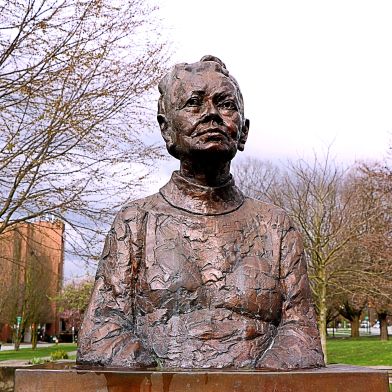 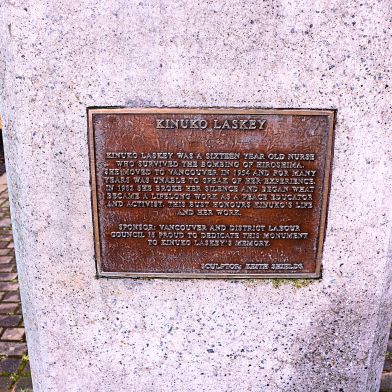