The Metallic Warrior represents the strength and unity in the first empire of the Qin.  Qin Shi Huangdi means  “First August Emperor,” a fitting name for the man who accomplished the… Read more Terracotta Warriors: Metallic Warrior →

Throughout China’s history,  yellow or gold was considered to be the most beautiful colour.  Found in royal attire and used to decorate royal palaces and temples, yellow corresponds with the… Read more Terracotta Warriors: The Golden Warrior →

The Mandate of Heaven was the power of the gods over the emperors who ruled on the Dragon Throne, sanctioning their earthly authority so long as they governed their people… Read more Terracotta Warriors: The Guardian Warrior →

“Tread softly! All the earth is holy ground.”   Christina Rossetti Every Christmas, I listen to In the Bleak Mid-Winter, never realizing the connection to Art Nouveau and the Pre-Raphaelites.  That… Read more Dante’s Kid Sister – Christina →

“The past is not dead, it is living in us, and will be alive in the future which we are now helping to make.” William Morris In my June 22nd… Read more Art Nouveau: Morris, Rossetti and the Pre-Raphaelite Brotherhood →

Terracotta Warriors: I Through the Space of Time 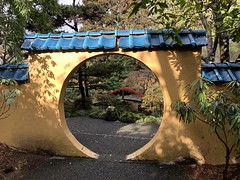 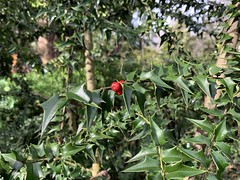