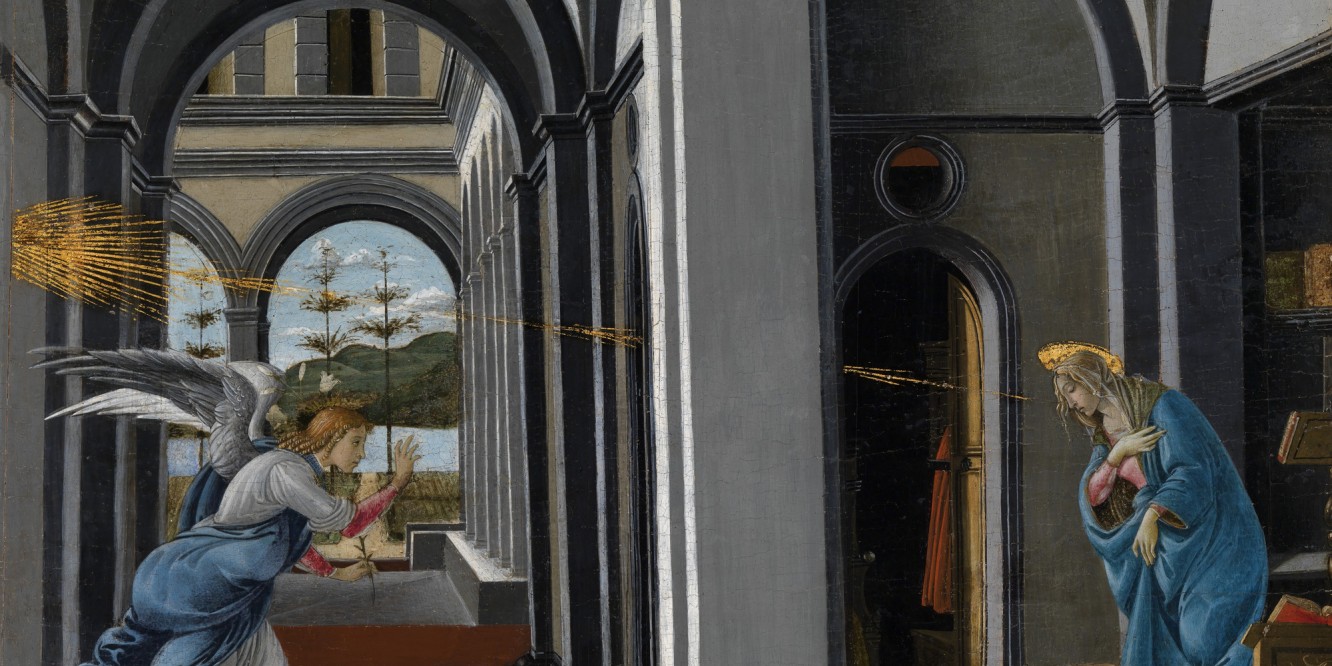 The story of the Annunciation is one of the most frequent themes in Christian art, most notably depicted by the artists of the Middle Ages and Renaissance. This is a story of connection between humanity and infinity, between the known and the unknown – of miracles, birth, and redemption.  Is it any wonder that artists such as Sandro Botticelli, Leonardo da Vinci, Caravaggio and many, many others endeavoured to give life to this event through their artwork?

These past weeks of exploring this artistic expression has opened my eyes to the breadth of this subject matter. An artist’s interpretation of an event is captured in the facial expressions, the hand positions, symbolism, length of brushstrokes, colours, backgrounds – all combine to allow the viewer to experience a oneness with the artist that breaks down the barriers of time and location.

And speaking of locations, paintings have personal journeys and destinations. Once created, they take on a life of their own and can no longer be held by the artist. While they may be owned by collectors for a time, they move from home to home, country to country, crossing oceans and mountains.

I have traced the journeys of three paintings:

The Annunciation by Sandro Botticelli was painted in Florence, Italy circa 1490-1495.  It is now housed at the Kelvingrove Art Gallery and Museum, Glasgow Scotland, bequeathed by Archibald McLellan in 1854.  Born in 1795, McLellan was a coachbuilder, art collector, councillor and magistrate – emphasis on the art collector.  When he died in 1854, Archibald McLellan’s staggering debts forced his heirs to put his entire collection up for sale. The Glasgow town council had the foresight to purchase the entire collection.

The Annunciation by Paolo de Matteis was created in Naples, Italy in 1712 for Aurora Sanseverino, Duchess of Laurenzano.  The painting found its way into the collection of Prince Henry of Bourbon-Parma, Count of Bardi (1851-1905), Parma, Italy. Upon his death, the painting was sold to Hirschler and Company, Vienna, Austria.  In 1973, the Heim Gallery, in London England gained possession and sold it thereafter to Saint Louis Art Museum.

The Annunciation by Bartolomé Esteban Murillo was created in Seville, Spain during the years 1655 – 1660.  The painting has found its home at the Hermitage Museum, St. Petersburg. The Hermitage purchased the painting from the collector, W. Coesvelt of Amsterdam.

What was created in Seville, Florence and Naples have made their way to distant lands.  Wherever they went, they brought their narrative with them. Whether they remain in the places they now reside – well, that is another story for another generation to discover.

17 Replies to “The Annunciation – Journeys & Destinations”